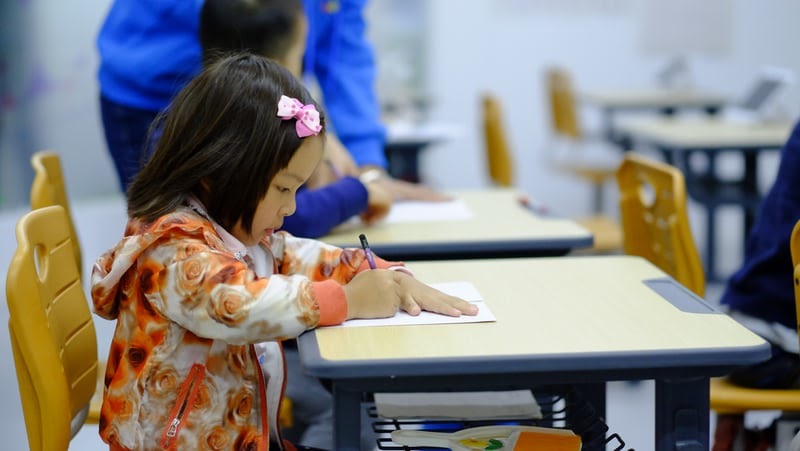 Across the United States, second language immersion programs are growing. In Austin, Texas alone, hundreds of students are expected to enroll in multilingual programs across several school districts by the 2023-24 school year. Study after study has shown the benefits of bilingualism, leaving parents wondering where they can sign their children up.

But learning a second language doesn’t have to wait until a child enrolls in kindergarten. While it’s certainly never too late to embark on the bilingual journey, introducing your child a second language during their preschool years comes with many unique advantages. To learn more, PrekAdvisor spoke with professor and director of California State University – Monterey Bay’s Monterey Institute for English Learners Suzanne García-Mateus, Ph.D.

We often hear how it is easier for young children to pick up on a new language than it is for adults. And although there is something about their brain chemistry that allows them to soak up a new language like sponges, this is a common misconception because it is not the only factor.

“That’s actually a myth. It’s not actually “easier” for them,” García-Mateus explained. “The difference for young children is that they have more opportunities to use the language.” In fact, some research actually points out that it is easier for adults to learn new languages thanks to their established linguistic awareness.

Instead, young children in immersion programs appear to more readily pick up on languages because it is simply what they do all day. Their time at school is spent playing, singing, and freely having interactions in the new language, creating a strong foundation in the second language and building confidence in their linguistic abilities.

As kids grow, these opportunities typically decrease. Older children and adults have competing demands like social lives, jobs, and busy schedules that command their focus and attention. A preschooler has the opportunity to spend eight hours a day with the new language, whereas older learners may only get an hour or two to practice their skills. It becomes harder to achieve fluency in new languages as we get older simply because we don’t have as much time to practice. Because of this, there’s no time quite like the first five years of a child’s life for them to be introduced to another language.

Some parents worry that teaching their child a new language before they’ve completely mastered one will create confusion and prevent them from properly learning either one. But this, too, is a common misconception. In fact, parents shouldn’t wait at all. Young children are perfectly capable of taking on two or more languages at once.

According to the American Speech-Language-Hearing Association, one of the best methods of bilingual teaching is to use the two languages from the start.

The Benefits of Immersion Programs

Instead of small doses of instruction, preschool immersion programs allow children to dive headfirst into new languages and cultures. Being bilingual comes with a number of unique benefits ranging from sociocultural competency to cognitive flexibility.

Immersion programs do more than simply offer instruction for another language— they offer a look into another culture. So often, parents are focused on the academic achievement aspect of bilingualism that they fail to see the advantages of learning about other cultures. Immersion programs help foster growth, acceptance, and respect for people across all walks of life. It also gives parents the opportunity to have these types of conversations with their children, starting from a young age.

“Children will have an opportunity to gain cultural awareness about an ethnic group that they are probably not a part of,” García-Mateus noted. Learning multiple languages allows children to develop a level of understanding and empathy for others that can help them bridge divides that may have been harder to overcome otherwise.  This carries over to other aspects of their lives as well because it teaches children that there are multiple ways to describe and understand the world around them.

On top of the sociocultural competency advantage that bilinguals have, research has revealed time and time again the cognitive and economic benefits of learning a second language. An article published by Michigan State University described greater cognitive flexibility, a better ability to focus, and an increased adeptness at solving mental puzzles in youth who speak more than one language. While bilingualism isn’t necessarily a magic bullet key to success, it can certainly make individuals stronger candidates over their monolingual peers.

But for bilingual educators like García-Mateus, these additional advantages are just icing on the cake.

What Parents Should Keep in Mind

Once you make the decision to enroll your child in a language immersion program, there are a few steps you can take to set them up for success.

At the preschool level, children should not be seated in classrooms listening to lessons on grammatical structures.

“I cannot emphasize this enough,” García-Mateus stated. “They need to learn through play, through songs, and through meaningful interaction.” Children need to be able to interact with others in the language that they are learning, and the best opportunity for that is through structured play, outdoor time, and project-based learning. García-Mateus went on to say that for parents who are observing preschools, “a positive indicator that they are playing to learn is seeing children being children.”

As for which specific type of immersion program is best for your child, that all will depend on the student demographic. For example, Spanish dual-language education is designed for populations that have a mix of Spanish-speakers who may be bilingual already and English-speakers. For populations where there are no to few Spanish speakers present, methods like structured immersion would be more appropriate.

For children to develop their skills, learning shouldn’t stop in the classroom. Parents often ask what they can do to supplement their child’s second language acquisition, especially if they do not speak the language that their child is learning. García-Mateus outlined a few important practices that parents can do to support their emergent bilingual at home.

Simple things like playing music, tv, and videos in the second language can go a long way in reinforcing the skills that they are learning at school. As children begin reading, parents can have their child read aloud to them in the language, even if they don’t understand what is being said. Parents should ask questions about the stories. What did they learn? Who were the main characters? What did the characters accomplish? By doing this, children hone in on their biliteracy, pronunciation, and comprehension skills.

Opening Your Mind to a New Culture

García-Mateus offered one last piece of advice for new parents with children in immersion programs. “If you’re coming into these programs, and [the language] isn’t a part of who you are, consider yourself a guest and be honored to be a part of that community.”

As a parent with a child in an immersion program, you will likely encounter cultural norms that are different from your own. Children are observant and see how you adapt, adjust, and respect other cultures. Keep this in mind, and know that this is a special opportunity for you to learn and grow with your child.

Preschool is an important time in your child’s life and presents unique language-learning opportunities. In immersion programs, they’ll have ample opportunity to build and practice their skills through play and meaningful interaction. The benefits of bilingualism go beyond the often talked about economic and cognitive advantages. Being bilingual gives children a chance to immerse themselves in another culture, opening up an entirely new world of possibilities for them and their future.